I have a high respect for Auyrveda medicine. It originated in India more than 3,000 years ago and remains one of the country’s traditional health care systems. Its concepts about health and disease promote the use of herbal compounds, special diets, and other unique health practices which sounds exactly like my office!

Auyrveda medicine use herbs that include tumeric, clove, ginger, cayenne and many others. I use tumeric as an anti-inflammatory, clove for it's anti-oxidants, ginger helps settle an upset stomach, and cayenne helps increase metabolism and kill parasites. Many times over I have given these herbs in supplement form or asked patients to include them in their diet. I have not found an Auryveda line of supplements that have met my standards until now and I'm excited to share it with you! Wellblends is organic and muscle tests extremely well. I have used it on myself, my family and a few of you have gotten sample packets as well to try and I love the results. For me, when using Wellblends I have a greater sense of well being and the moment I started feeling under the weather GOLDEN MILK- WELLNESS BOOSTING BLEND was wonderful at keeping my immune system strong to ward off what I started feeling.

Directions for Golden Milk:
Combine 1 tsp of the herbal powder with one cup of almond milk or cashew milk. Bring the milk and spices to a boil. Remove from heat and sip. This blend helps to reduce inflammation, fight free radicals, reduce the results of aging, improve circulation, curb cravings, calm the mind and improve sleep. Drink this elixir nightly. Kids will love it too! Once the liquid cools to room temperature verses pipping hot, you can choose to add a dab of honey for extra sweetness.

With all those benefits how can you not try it!

To check this product out and much more go to:

www.wellblends.com
Posted by Healing Arts at 6:42 PM No comments:


In the 1930s scientist Francis Pottenger studied the effects of nutrition in animals, specifically cats. He studied over 900 cats between 1932-1942. He took three groups of cats and fed one group the natural diet of raw meat and raw milk. He took another group and fed a mixed diet of raw meat with processed milk and the third group with cooked meat and processed milk. He then studied the next four generations and found that the raw food group stayed healthy and vibrant while the cooked foods group started having health problems right away and giving those health problems to their offspring.

The control group cats fed a raw food diet remained healthy and gave birth to healthy kittens with each succeeding generation. Each generation grew up to be of uniform size and development with normal fur, tissues, and skeletal structure. Calcium and phosphorous levels in their bones were normal. Their organs and nervous system functioned normally and their coordination was perfect. They were very resistant to infections. Their mental state was stable and friendly and you could play with them. There were no birth complications and nursing was normal. The cats gave birth to an average of five kittens each one weighing roughly 119 grams.
Cooked Foods Diet (CFD) Group Cats – 1st through 4th Generations

The CFD cats gave birth to healthy appearing offspring in the first generation. However, they developed diseases and illnesses near the end of their lives. These diseased conditions developed midlife in the second generation of offspring. The third generation began manifesting unhealthy conditions in the beginning of their lives and many died before six months of age. The following conditions were noted in these cats:

Increasingly poor eyesight - nearsightedness or farsightedness, heart problems, thyroid and bladder problems, nervous system problems, meningitis and paralysis, infections of various organs, ovary and testis problems, liver problems, inflammations, uterine congestion, atrophy of various organs.
Each new generation of CFD cats had increasingly abnormal variations in their skeletal structure. Their bones became soft and rubber-like by the third generation.
Skin conditions including parasites, lesions, and allergies appeared worsening with each succeeding generation.
Increasingly abnormal mental states. With each new generation, the cats became more unpredictable, were more irritable, were biting and scratching more, were less playful, and so on. The males became docile experiencing a drop in libido and sexual interest while the females became very aggressive.
Failure of reproductive systems. The CFD cats aborted about 25% of the offspring in the first generation, about 70% of the offspring in the second generation, and in all cases the delivery was difficult and sometimes the females died giving birth. The kittens that were born were about 19 grams less than the ones that were born from the cats being fed a raw food diet.
There was no 4th generation of CFD cats. No CFD cats of the 3rd generation could give birth to healthy offspring. Either the third generation parents were sterile or the fourth generation cats died before birth!

Now think of how this is applied to humans. We are getting sicker and sicker with each new generation. There are new diseases all the time. Autism was never heard of before and now it is one in 68 U.S. children has an autism spectrum disorder (ASD), a 30% increase from 1 in 88 two years ago, It's scary!!

What do we do about it?
We start eating correctly. This does not mean a raw food diet like the cats but it means eating exactly what our body needs. It means giving it the nutrition it needs to repair and heal itself and make healthy new cells including eggs and embryonic cells for women and sperm cells for men to make a healthy next generation. It means making the effort to make our children eat healthy. And by effort I mean effort! I know what it's like to argue with a child about what's for dinner and not liking her snack and why she can't have what her friends are eating. But trust me, it's worth it the effort. It's worth your child not being sick, not getting a disease and living a healthy, happy life. 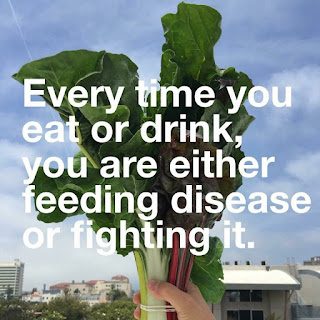 I then think if my daughter grows up healthy and not a 'Pottenger cat' the only hope for her children is to marry someone else as healthy and what are the odds of that? So I am on a mission, not only for the next generation but for the one after that and after that to teach not only you but the children how to eat healthy and that it does matter. now and forever.

Posted by Healing Arts at 3:17 AM No comments:

Should You Be A Vegetarian?


My patients often ask if I'm a vegetarian. I am not. My diet is free of gluten, sugar, dairy and fruit but not animal protein. Think paleo without the fruit. I love fruit. It has a lot of good vitamins in it but my body doesn't love it. In 2001 I did spend 3.5 years being a vegetarian but it wasn't for me. At first I felt like it was a relief to my body to go vegetarian but eventually my health started declining so I started eating meat again. I can respect eating vegetarian or even going all the way vegan but unfortunately what I have found in my office is that being vegan for a long period of time is a disservice to the body. Being vegetarian can be sustainable given your body type and that's why muscle testing is so important. Everyone is different.

Dr. Natasha Campbell-McBride is an MD who wrote a great article on this topic called Feeding vs. Cleansing. This article explains the importance of a plant based diet for a temporary time in order to cleanse the body.

"Human body (without water) is largely made out of protein and fat (almost half and half), these are the 'bricks and mortar' from which your bones, muscles, brain, heart, lungs, liver and all other organs are made. Laboratory analysis of plants and animal foods show that the best protein and fat for human physiology comes from animal foods. The amino acid profile of animal protein is correct for the human body, while amino acid profile of plant-derived proteins is incomplete and unsuitable for human physiology. The same with fat: animal fat has the right fatty acid composition for human body to thrive on, while plant oils are unsuitable. So, when it comes to FEEDING your body and BUILDING your bodily tissues and structures animal foods are the best and the only suitable ones."