How Salvestrols Save Lives From Cancer

I have been doing a lot of research lately on Salvestrols which are special compounds in plants (phytochemicals) that can help fight abnormal cell growth. In this way they are good for cancer patients and also cancer prevention. I am all about prevention! I am about healthcare not disease-care. May the next generation know cancer as we know the common cold.

The most well known Salvestrol is resveratrol. Resveratrol is known to be found in the skin of grapes, blueberries and raspberries. Resveratrol hit the supplement world pretty big and patients will still come in with their antioxidant supplement that contains resveratrol but since 2014 there has been evidence that it has limited health effects in humans. This led me to do my own research and figure out if salvestrols really do help.

The human cell has enzymes that help it detox on a daily basis. These enzymes are called Cytrochrome P450 enzymes, otherwise known as CYP (pronounced as 'sip'). To date, there are 57 CYP enzymes. Of these 57 CYP enzymes the one you need to know about is CYP1B1 (pronounced 'sip one be one'). This one is special. This one is only found in cancer cells and not in healthy cells. 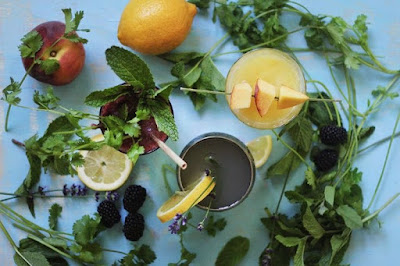 There is a compound, called Stilserene (developed by Gerry Potter PhD.), that is currently being worked on that targets the CYP1B1 enzyme. In laboratory testing Stilserene (think of it as synthetic Salvestrol) was effective in killing 95% of the cancer cells tested. This test included cancers that were resistant to other treatments including stomach, colon, lung, breast and brain cancer cells while having no damage to healthy cells!

When I first started reading about the CYP1B1 enzyme I thought it was only in cancer cells because it was something 'bad' the defective cell was making but Gerry Potter is a genius and figured out that the cancer cells were making the enzyme to try to protect itself and if you add resveratrol to CY1B1 you get piceatannol which is an anticancer agent! Yet studies were conducted that showed if you increased the amount of resveratrol given then the mechanism of producing piceatannol was shut off. This makes resveratrol of minimal use as cancer therapy because it would be difficult to determine how much is too much that would lead to shutting off the mechanism.

But what Professor Potter did find was certain compounds in plants called phytoalexins. Phytoalexins are part of a plant's natural immune system. Phytoalexins that create anticancer compounds through their metabolism by CYP1B1 he coined 'Salvestrols'.

Unfortunately there is no Salvestrol supplement out there yet. I feel like this research has not been translated to the supplement world. But it does explain why the Gerson Therapy Diet works so well for cancer patients and why a diet high in fruits and vegetables is so healthy. So again, your mother was right, eat your vegetables! Next week I will post the fruits and vegetables highest in Salvestrols.
Posted by Healing Arts at 2:58 AM